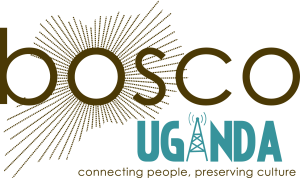 On Saturday the 16th, July 2022, BOSCO Uganda officially welcomed new members to its Board of Directors in a meeting that was held at the Bardege ICT Center in Gulu.

The members who included BOSCO Uganda cofounder Rev Fr Joseph Okumu, previous Board chairman Lawrence Too-Okema, Dr Miriam Laker-Oketta, Jim Drani Drileba, Francis Odongyoo, Ms. Paska Aber and Silver Oyet were appointed by BOSCO Uganda patron His Grace Dr. John Baptist Odama, and will offer oversight and share their collective experience to help the organization achieve its Mission and objectives and are expected to serve for a term of 5 years that ends in 2027.

The team of 7 career professionals qualified in different disciplines like Education, Law, Research, Finance and Health among others met to discuss the state of the organization and the role they’d play in helping it achieve its goals and objectives and were given an overview of the work done by the organization by the new appointed Executive Director Daniel Komakech and Infrastructure Roll Out Manager Fred Maziina Mitti who shared on BOSCO Uganda’s program areas and the deployment of Technology at the organization respectively.

The board meeting which ran between 9 am to 12 pm saw the new members also elect a Board chair and assume roles under different committees which include Technology, Innovations and energy, Finance, Administration and Audit and Stakeholder engagement among others with Lawrence Too-Okema being re-elected to the position of board Chairman on the nomination board member in charge of Legal, Silver Oyet.

Too-Okema’s suggestion by Mr. Oyet was met with unanimous approval from the rest of the participants which led to his installation to the position he’d held and excelled in the previous term, as unopposed candidate.

The newly elected Board chairman who also serves as the Vice Chancellor of Soroti University is a career educator who has in the past lectured at Gulu University and offered consultancy to BOSCO Uganda in different roles and will bring his invaluable experience and leadership to steer an equally gifted team of career professionals in the execution of their duties as board members.

Previous board members who were elected to the board for a new term also include: Jim Drani Drileba, Paska Aber and BOSCO Uganda co-founder Rev. Fr Joseph Okumu who will get another chance to continue with the commendable work they did in the last term and support the new trio of Dr Miriam Laker Oketta, a medical doctor and clinical research scientist at the Infectious Diseases Institute, Makerere College of Health Sciences, Francis Odongyoo, a career rights defender with over 25yrs experience who serves as the Executive Director of rights Organisation, Human Rights Focus (HURIFO), and Silver Oyet who is an experienced advocate of the court of Uganda.

With the formation of three committees this term as opposed to two the last term, the new board members were assigned to atleast one of the committees consistent with the goal of helping BOSCO Uganda perform its duties along its mandated program areas.

As a result Francis Odongyoo was elected as the chairperson to head the board committee of Technology, Innovations and Energy where he’ll be supported by Fr. Peter Paul Rom, Mr. Silver Oyet and Fred Maziina Mitti who will support the members of the board to understand and appreciate how the technology within BOSCO Uganda works.

Jim Drani Drileba, a risk and advisory expert who is the Manager Advisory Services at BDO East Africa and boasts an experience of over 11 years in international audit was reappointed as the chairperson in charge of the committee on Finance, Administration and Audit this term with support from the newly elected duo of Silver Oyet and Dr. Miriam Laker Oketta.

Ms. Paska Aber who served alongside Jim Drani Drileba in the previous term under the Finance Committee was this time tasked with role of spearheading stakeholder engagement as the chairperson of the similarly named committee where she’ll draw onto her vast experience across the northern region to liase with BOSCO Uganda’s partners.
She will be supported in her role by Fr. Peter Paul Rom and Mr. Francis Odongyoo.

In a message from Thomas Loughran that was delivered by Rev Fr. Joseph Okumu, the newly inducted board members were assured of a full backing and support of BOSCO INC, the advisory board of volunteers headed by Loughran which is based in the USA who aid in fundraising, technology, capacity and Public Relations.

The new board members pledged to work hard together with management of BOSCO Uganda and the Advisory board to steer the institution in its strategic direction in order to achieve the mission and vision of the organization as a whole.